“I’m a real estate developer surrounded by good people and ideas,” this is how Arturo Gómez Munevar, a leading figure in the Colombian “Real Estate” market describes himself. In recent years, Arturo has been transforming the local real estate landscape with a ground-breaking approach to the lodging experience in Medellín and Cartagena.

Since his arrival in Medellín in 2016, he has managed several projects through a game-changing outlook to both the tourism and real estate industries in the city. He and other partners acknowledged Selina’s potential, a brand operating under the concept of collaborative hospitality culture, and later on invested in the content creation platform, Indie -creative coliving-, two projects focused on a growing segment: Digital Nomads.

This 33-year-old Cartagena-born developer, who is married to a Paisa (people from the coffee region in Colombia), noticed in one of his visits to Medellín the city’s tourism opportunities, aimed mainly to the passing traveler; however, he saw in Medellin the ideal setting for Digital Nomads. These are self-employed freelancers who work remotely and consider the world their office. In fact, market research positions Medellín as the world’s third destination in this segment.

Arturo decided to move in with his family to Medellín in January 2016 and bet on the development of real estate projects in his new city. His experience and knowledge of the sector, as well as his intuition, led him to the Provenza neighborhood. Together with his American friend George Lidicker began structuring a hotel project, which, once on the right course, caught the attention of the renowned Selina brand and decided to join forces.

Selina is neither a hotel nor a hostel. They are a community built up of entrepreneurs who share common spaces as coworking areas, cafes, shops, boutique-style hotel rooms, and shared hostel-type rooms. They also have studio apartments for medium and long stay rent. More than providing accommodation, they consider themselves as a collaborative community of open-minded people for whom the world is their home. Today Selina has seven locations in Colombia, with a presence in Latin America, the US, and Europe.

“I became a partner and real estate developer of the iconic Selina location in the world at the time,” he says. This successful experience led him to establish his company Reload Group SAS, and launch Reload as a brand (www.reload.com.co).

Reload is an “enhancer” of square meters focused on real estate development projects for rent and operation. Currently, the company does the Asset Management of the Cartagena and Medellín Selina properties in Colombia, on a 20-year lease.

The Selina project positioned them as the major real-estate players in the city and opened doors to the local and international markets. Hence, Arturo became noticeable to local developers and found various real estate projects, but his interest remained in one in particular: Indie (www.indie.com.co).

Arturo instantly engaged with the good vibes and disruptive thoughts of his initial partners and jointly made a strategic turn towards the concept of developing spaces for Digital Nomads and content creators. They started to look for a neighborhood, both touristic and family-oriented and found that many foreigners that wanted to live in the city went to Laureles.

They discovered a property near Universidad Pontificia Bolivariana, where they set up a Coliving space to develop a pilot project, which in turn was the first platform for independent content makers they called “Indiependers”. This is how Indie was born.

Today Indie is a building with studio apartments that are rented out from one-month to one-year stays, distancing from the hotel concept. Customers are mostly (70%) foreigners, with no credit history or bank guarantee. Indie has different areas that go beyond a Coliving, such as the Coworking Space, or the Puro Sabor brand café, “labs” for content creation, and even a rooftop for large events and where a bunch of digital content is produced.

Today they have 90% occupancy, and there are already two more properties under construction. “We want to continue growing as a brand and remain the leading actors of the Indie entrepreneurship scene. Our buildings, go far beyond an asset to be talent incubators. We are doing a good job within the community we want to establish. In fact, 73% of the people who checked out are on a waiting list,” says Arturo.

Arturo plans to continue investing in the Indie platform to promote and build spin-offs such as Indie Lab or Indie Gram. He plans to expand to international markets in cities suitable for Digital Nomads such as Miami, Buenos Aires, or Mexico City because, as he says, “from Barcelona to Miami, other developers are asking about Indie’s business model in Medellin.”

On the other hand, a Wellness project is under development with foreign partners. The new Wellness brand, which has not yet been launched, plans to be a unique well-being hotel brand. Their partners insist on launching it from Medellín, as the Paisa capital is a place that has evolved towards fitness and health culture, but also medical tourism.

Today Arturo Gómez Munevar is the crucial player in real estate development in Colombia. His hard work and dedication, inspiration, and disruptive vision of real estate is forming innovation and opening the Colombian market to the international arena. Keep a close eye on what he has to show! 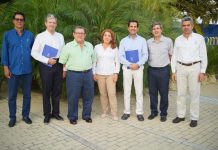 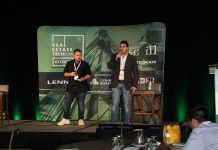